They came for aunty… 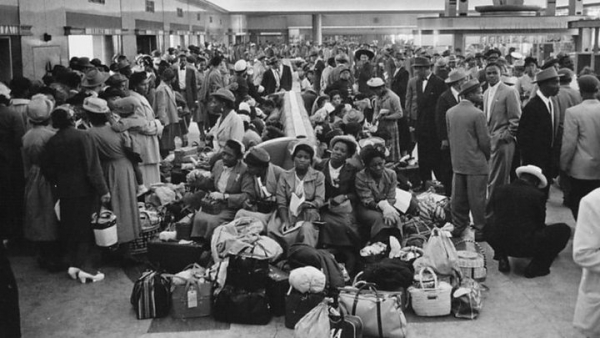 They came for aunty…

I know that I am late but I guess it has taken me a while for the ramifications to sink in.

My parents didn’t arrive in the UK on the Windrush, they came a little later one to the London Underground and the other was ‘drafted’ into nursing.  And between them they worked diligently and raised a family. As children, my two younger sisters and I wanted for nothing (even though I now know my parents often went without) they instilled in us the kind of values and attitudes that would produce 2 PhDs and 1 novel.  Our parents returned with us to the Caribbean and despite the divorce and their separate journeys they reclaimed their paradise; dad has passed on mum continues to live her best life.

I have shared a little insight into my family’s’ immigration story because it is important to note that some of us did go back home, willingly.

The issue is, however many of the Windrush generation came to Britain because they were British subjects and because they were invited, they came because the motherland called. My parents weren’t so wedded to the idea of rule Britannia as some of their contemporaries and they spent much of their time fighting for social justice and a post-racial society. Some of my aunties were less attuned to the political temperature and many of them adopted Britain and all she represented as their home. Portraits of the queen took pride of place and ‘proper’ English was spoken at all times. Many of my aunties would more eat a Yorkshire pudding than a fried dumpling and many more would sing the British national anthem before their homeland’s. My aunties gave much more than their labour they gave their heart, they gave their sovereignty and very often their dignity so that they could fit in and claim what is rightfully theirs – to be called British.

Of course the reality is more complex and nuanced and every situation as affected by the ‘Windrush Scandal’ will be different but the main issue is that they changed the rules and are now taking advantage of people who were settled in their status aka ‘low hanging fruit’ ripe for the picking to help satisfy the anti-immigration hounds hunting for reduced numbers of ‘foreigners’.

The current political environment has opened eyes that were firmly shut it has exposed the lie that my aunties had convinced themselves of. The more we assimilate and imitate the more we turn our backs on home and embraced the motherland the more we would change hearts and minds the more we would be accepted and we could call it progress. But Brexit, Trump, UKiP and the raising populist movement has pulled the curtain back and we are seeing the ugly cracks that we tried to paper over. Aunty may have even voted for Brexit and Conservatives because they have been convinced that they too as Britons need to protect it from the foreign invasion but now, she has to accept that she and hers were never accepted, not really, and that hurts.

The UK is awarding the citizens of the commonwealth, who were their wards, with abandonment. The hostile environment is not just a government policy it is a historical legacy that no one really wanted to talk about and that Aunty tried to ignore. Assimilation is a coping mechanism it’s a way of dealing with traumatic events e.g. Stockholm Syndrome, and for some of my aunties it worked but now there is a rude awakening and they weren’t ready.

I guess in this world of nationalism and protectionism my aunties have to ask themselves are they going to fight for their rights because we have seen that the UK has no problem in disowning its own citizens and they do it boldly. They have to decided whether there is still a home back home and if that is worth fighting for…whichever there is a fight ahead.

For me I have never been blinded because I had parents who reminded us to keep one eye open who encouraged us to fight and I guess the ‘they’ had just added fuel to the fire when they came for Aunty!

Tags:
windrush
Aunty
Back to top