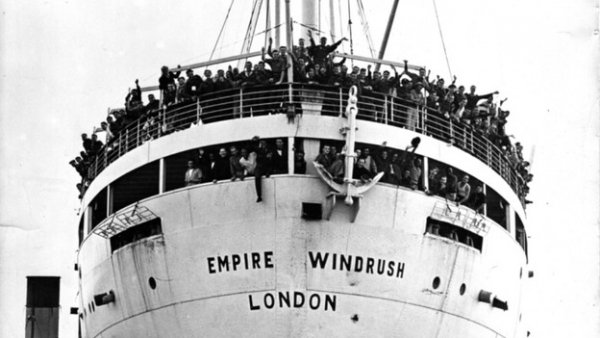 The Home Secretary launched an unusual attack on her own department as the Government faced severe criticism over the treatment of the "Windrush" generation of British residents.

Amber Rudd turned on her own officials, saying she was "concerned" the Home Office can "sometimes lose sight of the individual", as she sought to dampen down an escalating row over immigration problems faced by those who came to Britain from the Commonwealth after the Second World War.

She was told the Government's immigration policies had led to a "day of national shame".

Dubbed the Windrush generation after the cruise ship that brought one of the first large groups of West Indians to Britain, anyone who entered the UK before 1973 is legally entitled to live in the country.

However, despite having been in the UK for the majority of their lives, the group of British residents have begun to experience issues as a result of tightened UK immigration requirements.

Labour MP David Lammy blasts windrush status situation as 'inhumane and cruel'
Video:
Lammy's anger at Windrush failure
It has seen some Windrush generation residents, who might never have felt the need to apply for a UK passport before, left without the documentation now required by officials.

Their problems include difficulties when finding work, getting NHS care, accessing benefits, or trying to secure housing.

It is estimated as many as 50,000 Windrush generation residents are facing problems.

The Home Office's handling of the situation drew further scrutiny when Ms Rudd appeared to differ from Immigration Minister Caroline Nokes on reports that some Windrush generation residents have been erroneously removed from the UK.

Michael Braithwaite
Video:
Windrush resident: I had breakdown
Having earlier vowed to "find out" if that was the case, Ms Rudd told MPs: "I do not have any evidence that anybody has been removed in that way."

She also invited "people who have any such evidence to bring it to the Home Office so we can take a look".

However, Ms Nokes - when asked if Windrush generation residents had been wrongly removed from the UK - told Channel 4 News: "Potentially they have been and I'm very conscious that it's very much in error, and that's an error that I want to put right."

In order to deal with the problems, Ms Rudd announced a new 20-person strong dedicated team to help those affected produce evidence of their right to be in the UK.

The Home Secretary said: "I wouldn't want anyone who has made their life in the UK to feel unwelcome or be in any doubt of their right to remain here.

"There is absolutely no question about their right to remain and I am very sorry for any confusion or anxiety felt."

Labour MP David Lammy, who secured the urgent question in the House of Commons the Home Secretary was answering, laid blame for the situation on immigration policies introduced under Theresa May, Ms Rudd's predecessor.

"This is a day of national shame," he said.

"And it has come about because of a 'hostile environment' policy that was begun under her Prime Minister.

"Let us call it as it is. If you lay down with dogs you get fleas, and that is what has happened with this far-right rhetoric in this country."

In an attack on her own civil servants, and perhaps the policies of Mrs May, Ms Rudd responded: "I am concerned that the Home Office has become too concerned with policy and strategy and sometimes lose sight of the individual.

"This is about individuals and we have seen the individual stories and they have been, some of them, terrible to hear."

The Windrush row exploded as Commonwealth leaders arrived in London for the start of the Commonwealth Heads of Government Meeting (CHOGM) this week.

Earlier, Downing Street reversed a decision for Mrs May not to meet Caribbean leaders over the problems faced by the Windrush generation.

Tags:
windrush generation
Back to top