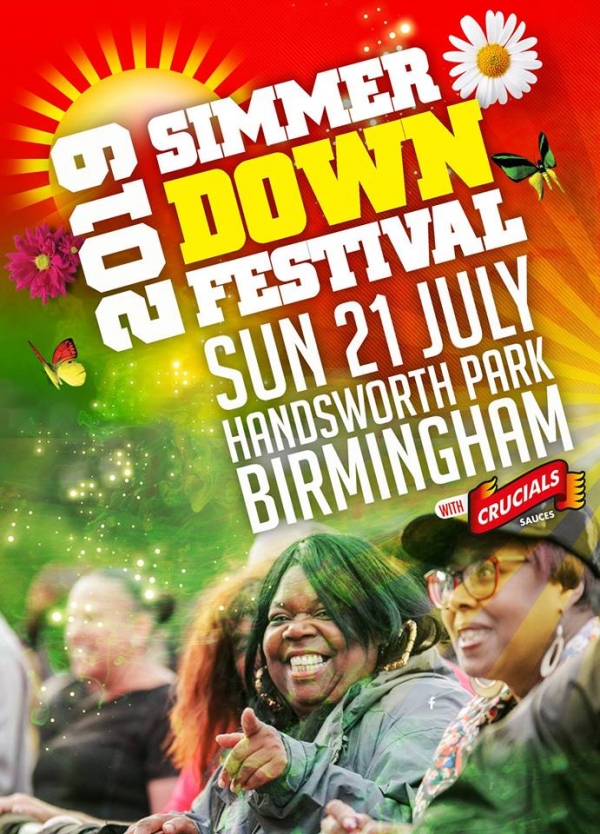 Rooted in north Birmingham, Simmer Down Festival is a free family festival which is located in the beautiful surroundings of Handsworth Park. The festival celebrates Birmingham’s rich cultural diversity by paying tribute to the centrality of reggae and other musical genres that have contributed to Birmingham as an international city of culture.

The programme is delivered across three stages including the bandstand and marquees and, consists of live music, dance, spoken word, plus educational workshops and participation activities. In addition, there is a dedicated young people’s programme in the Children’s Meadow area alongside a number of fun activities for all the family including face paintings, small rides, a community cricket match and a selection of belly-busting food stalls offering a diverse range of treats from across the city.

In just over 5 years SDF has grown to become one of the fastest growing and most diverse free festivals in Birmingham.

In 2014 SDF paid tribute to Birmingham’s ‘Reggae Greats’ as part of it's Home Coming’ theme attracting an audience of 12,000 people firmly establishing it as one of Birmingham’s flagship festivals.