Race and Resistance in Birmingham Revisited 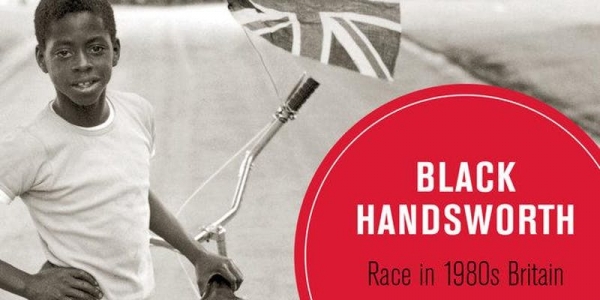 Race and Resistance in Birmingham Revisited

In this talk, Kieran Connell will be discussing his book Black Handsworth: race in 1980s Britain, which has just been published by the University of California Press. Through a focus on the Handsworth district of Birmingham, Connell argues that diasporic perspectives acted as a critical cultural and political resource in the fraught climate of 1980s Britain. Whether through formal political organisation, reggae music, photography or everyday sociability, for those of the ‘Windrush generation’ and their British-born children it was a means of navigating the many inequalities of the locale. This heralded a crucial moment in the making of post-colonial Britain.

Dr Kieran Connell is a lecturer in contemporary British history at Queen’s University Belfast and editor (with Matthew Hilton) of Cultural Studies 50 Years On history, Practice and Politics (2016).

A non-stop news event globally, 1968 was also a pivotal moment for Birmingham as a city. As the social consequences of wholesale redevelopment began to emerge, the debate over immigration and housing was becoming increasingly polarised, while students staged significant occupations or strikes at Aston, Birmingham College of Art and the University of Birmingham. Against the backdrop of geographical communities being demolished and decanted, all manner of unlikely communities of interest took shape: a volunteer-run arts collective in the back streets of Newtown; a biker coffee bar in a Digbeth church; a psychedelic rock club above a furniture shop in Erdington.

Since their 2018 festival last spring, Flatpack have been delving into different strands of this fascinating story. Flatpack director Ian Francis will reflect back on the project and focus in particular on a protest which took place in Victoria Square shortly after Enoch Powell's 'Rivers of Blood' speech. Dubbed Black and White Unite and Fight, it was a collaboration between the Indian Workers' Association and various student groups, culminating in a number of arrests and charges of police brutality. Unseen ATV footage unearthed at the Media Archive for Central England helps to shed new light on this forgotten flashpoint.

Ian Francis is the founding director of Flatpack, with over twenty years of experience in devising events and projects across the Midlands. His writing has been published in Sight and Sound, Electric Sheep and Little White Lies, and he is an honorary research fellow at the University of Birmingham. Birmingham 68 is supported by the Heritage Lottery Fund.