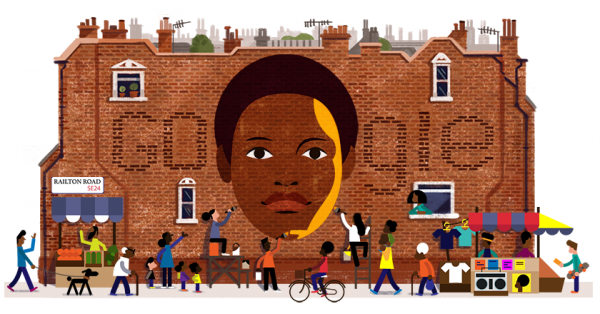 Today’s Doodle celebrates British activist Olive Morris on her 68th birthday. Morris is widely recognised as a prominent voice of leadership in the fight against discrimination in Great Britain during the 1970s.

Olive Elaine Morris was born in St. Catherine, Jamaica on this day in 1952 and moved to London before she turned 10. A catalysing moment in Morris’ life of activism occurred when she was just 17, when she witnessed the arrest and beating of a Nigerian diplomat whom police had stopped on the basis of the “sus” laws of the time, similar to today’s “stop-and-search” policies. In response to this injustice, Morris intervened to try to protect the diplomat and prevent the arrest. As a result, she was arrested, held, and physically assaulted. This incident ignited Morris’ determination to take action, and she soon joined the Black Panthers’ Youth Collective to oppose systemic racism within Britain.

Morris took a leadership role in the push toward justice across many areas of society, including fighting for racial equality, gender equality, and squatters’ rights. After heading protests and demonstrations, she helped to found the Brixton Black Women’s Group in 1973, one of Britain’s first networks for Black women.

Despite leaving secondary school with no qualifications, Morris enrolled in 1975 at Manchester University, where she earned a degree in social sciences and fought tirelessly for issues like international students’ rights. She also traveled extensively around the world, from China to Algeria, which greatly informed her approach to activism back home. In 1978, she co-founded the Organisation of Women of Asian and African Descent, considered instrumental in rallying movements for change.

In honor of Morris’ lifetime of activism, she was selected in 2015 to appear on the Brixton Pound, a currency designed to foster local business within the South London neighborhood she served during her lifetime. Today’s Doodle features Morris’ portrait on a wall in South London, surrounded by the local community the Brixton Pound that featured her was intended to support. Her commitment to fighting for equality and justice continues to inspire today.

Today’s Doodle art was created by Doodler Matt Cruickshank from the U.K.
Below, he shares some thoughts on the making of the Doodle:

Q: When did you first learn about Olive Morris?

A: Only about 6 months ago when I was introduced to the project. As Olive’s birthday neared her message of activism began to ring louder and louder around the world.

Q: What was your creative approach for this Doodle? Why did you choose this approach?

A: Murals seem to be very much in the public eye currently. After a number of sketches, I felt a strong portrait of Olive being brought to life by the Brixton community she cared so deeply for felt very appropriate.

Q: Did you draw inspiration from anything in particular for this Doodle?

A:  Local communities and the hustle and bustle of urban living. I was also inspired by seeing recent images of solidarity around the world, with people coming together to support and care for each other. And of course, the wonderful bricks and rooftops of London!

Q: What do you hope people will take away from this Doodle?

A: Olive’s activism took place nearly 50 years ago. My hope is that real, positive change will occur in our current context, and that Olive is remembered as a vital influence in this ongoing fight for equality and justice for all.

Early concepts and sketches of the Doodle 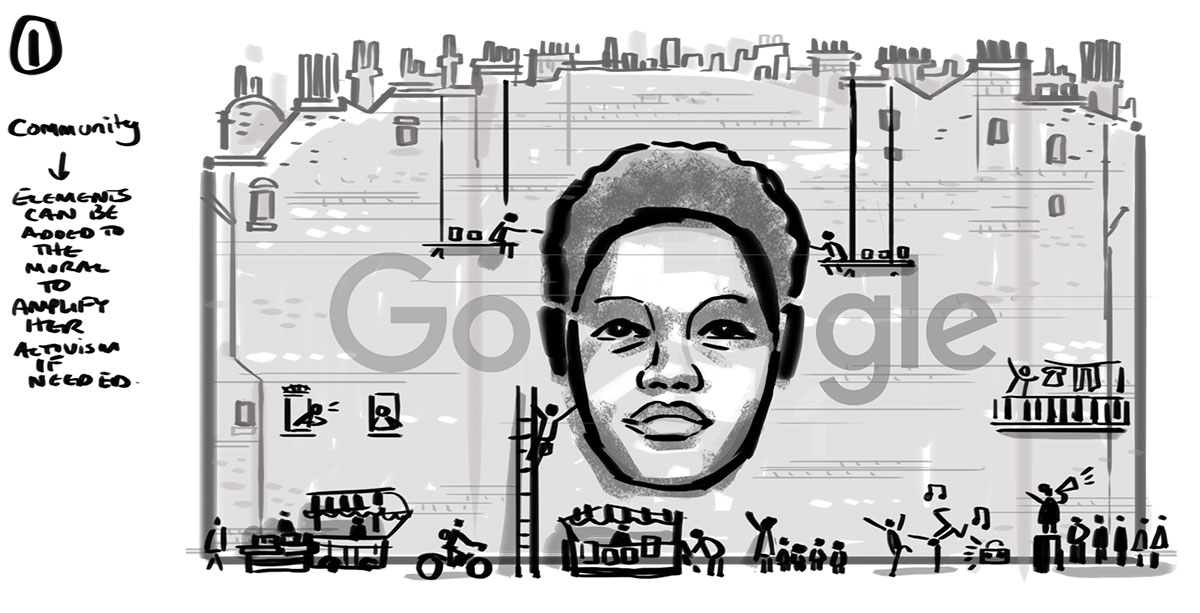